The property industry’s been guilty of hyping more than a few things down the years, and in recent years the phrase “game-changer” has been overused hugely. Every other office building with a green angle or cool design is breathlessly heralded as such, and this overkill does nobody any favours. 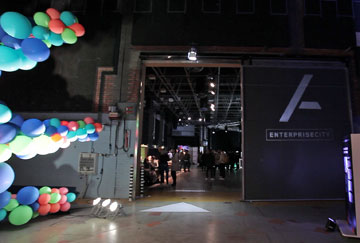 Genuine game-changers are few and far between. And as Mike Ingall, chief executive of Allied London, says, Enterprise City UK at St John’s can be one. He knows, because Allied have done this before, right across the road in Spinningfields.

As he told the audience at the start of Enterprise City UK’s launch festival in April, Spinningfields changed the game for Manchester as a genuine hub for major professional and financial services jobs. First RBS came, then major accountancies, law firms and the rest. It became “the” place for professionals.

More importantly, the momentum generated allowed other parts of the city to benefit. Bank of New York chose Manchester ahead of Birmingham and Leeds, going to Piccadilly Gardens. Last year, Magic Circle law firm Freshfields opted for New Bailey, a location nest described as peripheral before the arrival of Spinningfields across the River Irwell.

As will Enterprise City UK be. A rising tide lifts all ships, and by providing the ecosystem for business growth, Allied’s vision is that the 10,000 jobs created by innovators, inventors and entrepreneurs within Enterprise City will trigger another 40,000 throughout the city. Fifty thousand jobs would double the size of the digital economy in Manchester – now that’s a game-changer.

World-class architects have mapped out the main elements of the area. The commercial offer breaks down into five parts, the first of which, the Bonded Warehouse, will be completed this September. Here, there will be co-working spaces, food & drink, music studios. It will be an exciting place to be, and it’s taking 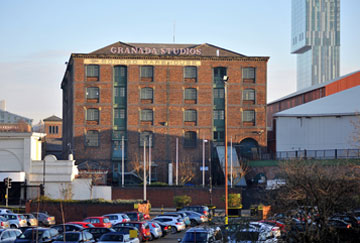 At South Village, there will be floorplates suitable for 20/30 people, an ideal setting for creatives, with workshop units at ground floor. Manchester Goods Yard, a New York-inspired collegiate building featuring large floors that can be connected via bridges with live-work spaces at the top, sits at the heart of the whole scheme along with the reimagined Old Granada Studios building providing a unique space for creative / design studios.  Allied are keeping existing space which is in demand, with the original studio space being retained for the complementary use of it’s existing and future occupiers.

Last but by no means least, there will be 20,000 sq ft commercial floorplates within the Ziggurat, a striking new workspace building connected to a hotel and residential tower at the Quay Street gateway.

The point with Enterprise Village is that it’s an ecosystem, more than a conventional real estate development. Those with big ideas are encouraged to come forward and apply to be a part of this, because they are the businesses who’ll shape the area, and create demand for others.

The space they need, the support, the services provided by enabling industries, will all be in place. The game is changing, and everything is lining up to make Enterprise City quite unlike anything seen in the UK to date.