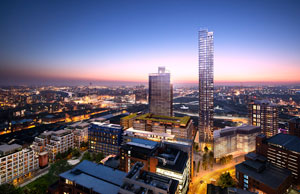 In our opinion, what’s going on right now within the St John’s neighbourhood is one of Manchester’s business success stories.

Enterprise City was officially launched in April 2017, but has already been coming together on the ground for three years – this community isn’t a “visioning” exercise, or some distant concept to be aimed for – it is already a reality, with a strong inventory in place, a vibrant community of makers and thinkers that is growing stronger all the time. St John’s is the district where all this is happening.

St John’s is a neighbourhood in the truest sense, rooted in Manchester’s heritage of creation and invention. It’s the perfect place for ideas to flourish, a place that’s intrinsically knitted into the fabric of the city, an inspirational innovation district without boundaries. This is an area ripe with history, and is synonymous with an industry and iconography that helped make Manchester famous.

Some headline facts and figures: St John’s is a new neighbourhood connecting modern industry, modern living and modern socialising. There will be 2 million sq ft of development across 18 buildings, with thousands of people living, working and creating in the area.

Soho House Group are already signed up for a 210-bed hotel in the refurbished Granada Studios office building, with a rooftop pool amid the stand-out features – there’ll also be a ten-storey residential block to join it. A contractor will be appointed by summer. 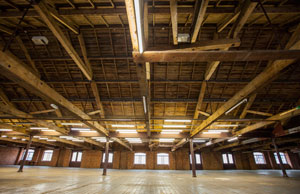 Make no mistake, 2018 is going to be a big year for Enterprise City, with completion of works at the Bonded Warehouse and the exciting new refurbishment of the ABC building where another 80,000 sq ft of contemporary designed workspace will be delivered before the end of the year. At each stage of the Spinningfields cycle, Allied London have always been the first to set the trend in workspace design in Manchester, constantly raising the bar for the city – and ABC promises to again provide something fresh, innovative and new! 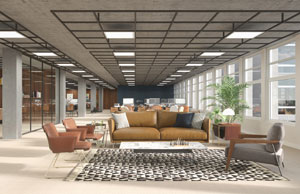 So what is Enterprise City…..? This is a community of creativity, opportunity and innovation. Spinningfields is the corporate backbone of the city and Enterprise City is the backbone of modern industry.   This is where industry will be connected and it’s already happening….For a start, the famous TV studios are still a hive of activity – there’s been a bit of Peaky Blinders and Snatch action amid all this.  You may have seen that the events programme at OGS has been busy too – intentionally themed around the “Enterprise” sectors – the area is abuzz with ideas.

There’s something genuinely different emerging here too in the shape of sector-specific co-working spaces, with areas being set aside so that entrepreneurs and thinkers in fashion, media, tech, ‘making’ can flourish. This has been happening now for three years. Enterprise City has started and will only get bigger and more exciting for Manchester. Look out for the rise in Enterprise Works & Social and continued growth of OGS Works & Social.

This is the setting for the next chapter of the Manchester story to unfold. We’d be happy to tell you more about it, any time.