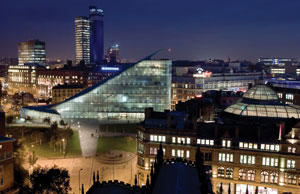 So, that was 2016. A notable, and for Manchester, productive year. The city can look back with its head held high. Amongst uncertainty and instability, Manchester’s resilience has shone through stronger than ever. A city with a rich history has shown its importance to the modern UK economy as it continues to become recognised as a global marketplace.

In the wake of Brexit, many froze. Property funds including Aviva and M+G paused to see where things were heading as a wave of uncertainty hit global markets. The pound plunged to its lowest level since 1985, however as the saying goes…’every cloud has a silver lining’. Manchester became an attractive proposition for inward investors – particularly for those from Germany.

Inward investment is allowing Manchester’s economy to thrive, and the future looks bright as investors from beyond Europe, such as those from China, strengthen investment relationships with the city. In November 2016 it was reported by Juwai.com, an online portal supporting Chinese buyers looking to invest in property abroad, that Chinese enquiries into Manchester property were up by 54 per cent year-on-year.

The headline story from the Chinese point of view in 2016 came from Beijing Construction Engineering Group (BCEG), which will construct part of Middlewood Locks in Salford, which is worth £700m and will provide 2,215 rented homes. It’s a major investment in a project that has long been “in the works” but is now becoming a reality.

Manchester has become a lucrative proposition for many due to the quality of the talent pool, infrastructure and ever increasing rise of the digital and tech scene. Infrastructure in the city has played a key part in contributing to Manchester’s profile. There was confirmation of direct flight routes in 2016 to Beijing, San Francisco and Houston. Furthermore, there are the developments of Ordsall Chord and the Second City Crossing which will improve local access. 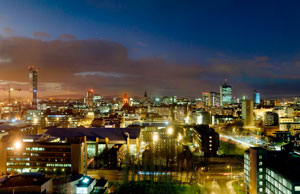 Manchester’s momentum in the digital & tech sector continued, now boasting more than 100,000 professionals working in tech – there are 7,000 technology-related businesses here. Digital, tech and creative hubs, such as Barclays Rise, are thriving. There’s a recognition in the market for the need to cater for new ways of working. Headspace Group launches in late January 2017 in Manchester, an example of the need to provide flexibility and dynamic space for fast-growing innovative businesses.

Another boost is the continued progress of the leisure scene. 2016 saw a number of high profile openings and 2017 is expecting more of the same. There have been official announcements of big name brands including Mahiki bar, The Rabbit in the Moon and Beastro.

With a change of leadership in the city, as Sir Howard Bernstein passes the baton to Joanne Roney, the future looks prosperous. The platform is well and truly set to exceed 2016 – let’s see what 2017 has in store.