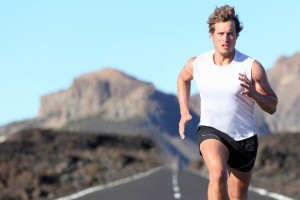 On Sunday 22nd May, a team of five from OBI Property will be taking on the Great Manchester Run – 10 kilometres of pain! Oliver Thomas, James Bostock, Will Lewis, Keran Lewis and myself will all be lacing up our trainers and striking out from the start line on Portland Street, heading out to Old Trafford before returning to finish (hopefully…) on Deansgate.

We’re not doing this for the good of our health, of course – our nominated charity for the run is the Factory Youth Zone, a fantastic and inspiring project in Harpurhey. The zone is a unique safe place for young people aged 8 to 21 from across Manchester, offering a wealth of sports and creative opportunities to around 1,000 people a week.

The ward in which the Factory Youth Zone is located ranks second worst in the UK for the effect of long-term deprivation on children. Unemployment is twice the national average, and 56% of children live in poverty. The activities organised by the Factory Youth Zone cover art, cookery, music, drama, dance, the Duke of Edinburgh Award, as well as sports – football, hockey, cycling, cricket, gym, you name it.

Training has become something for us to focus on, and it’s definitely true that exercise is good for the brain. You feel more energised. If you run in the morning, it gets you out of the house and gives you clarity in planning your day – if you run in the evening it clears the mind of all the day’s stresses. And then, you’ve earned that glass of wine. Things like this help to build team spirit – something we’re working towards together even if we’re training separately.

It should help with our own health, too – the Copenhagen City Heart Study reported in 2012 that those who took part in regular jogging could add years to their lives (an average of 6.2 years for men, 5.5 for women). The key is to know your level and not to over-stress the body. Between an hour and 2.5 hours a week, split into two or three sessions, is ideal, the study said.

So, the big day gets nearer. The Great Manchester Run is billed as Europe’s biggest 10k, and shows how following the 2002 Commonwealth Games the city has taken on athletics as a way of showcasing Manchester. The Greater Manchester Marathon is now in its fifth year, while the City Games (held the day before the Great Manchester Run) brings the stars of track and field to Deansgate and Albert Square, showing a large TV audience spectacular sport with a backdrop of landmark buildings.

There’s something very exciting about seeing Jessica Ennis-Hill or one of the big Jamaican sprint stars storming past Spinningfields and John Rylands Library, and it shows the city in a good light – as people often say about the Tour de France, it’s as much as a three- week long advert for French tourism as it is a bike race.

Sport is good for Manchester, and we hope to do our bit in helping the next generation have the chance to shine in their chosen field. It would be great if you can support us on the way – our BT fundraising page is here. Thanks, and we hope to see you on 22nd May!