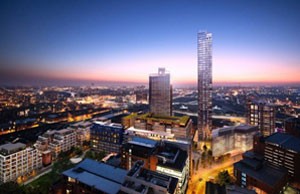 The decision, by 52% to 48% of the British people that they’d prefer life outside the European Union, continues to divide opinion. The EU, it’s fair to say, has a lot of critics but on the opposite side of the spectrum the Brexit decision has caused hesitancy and uncertainty for many business leaders worldwide. European Parliament Minister Martin Schulz had already sounded a warning to Britain following a potential Leave verdict, stating “If we go in that direction, I’m sure we’ll find a good exit strategy, but not a Brexit strategy.”

The short-term implications of Brexit were visible instantly as trillions were wiped off the UK stock market, the worst plunge since the 2008 financial crisis. The pound fell to its lowest level since 1985. A cast of doubt clouded international markets as property funds such as Aviva & M&G immediately suspended trading. Laith Khalaf, an analyst at Hargreaves Lansdown, said: “The dominoes are starting to fall in the UK commercial property market, as yet another fund locks its doors on the back of outflows precipitated by the Brexit vote.”

Amid the commotion, one city appeared not to be focussing on the negativity – Manchester. The city has been oozing with positivity and it shows no sign of slowing down. The recent announcements of St Michaels and St Johns developments have given a big boost to the city. 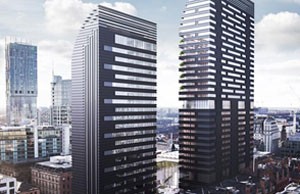 As Gary Neville launched his St Michaels scheme one message was very clear, Manchester will not be defeated by Brexit. His words “Manchester doesn’t do stop and pause very well” captured the determination and resilient attitude of the city perfectly.

The Manchester property market has been stabilised by an influx of Foreign Direct Investment as investors look to capitalise on sterling’s decline. The Singapore-based Rowsley group has invested in the St Michael’s development, its first investment in Europe. Beijing Construction and Engineering Group has already backed the £800m Airport City project. Global awareness of Manchester appears to be on the rise.

The strength of activity and demand for high quality Manchester stock has been reinforced by recent activity: German investors Hamburg based Union Investment acquired Allied London’s fully pre-leased XYZ Building for £85m prior to its practical completion. XYZ is part of a step-change of next-level developments in the city that also includes No.1 Spinningfields and Bruntwood’s Neo refurbishment.

Inward investment remains strong with the most recent influx including Escada, Freshfields and Lonza, with factors cited including the talent pool, increasing tech presence and the city’s strong infrastructure – on this point, Manchester Airport continues to be a big plus point and the new flights to Beijing and San Francisco can only help.

German retailer Escada is worth singling out – searching for a home for their newly created financial shared service team, they viewed space all around Europe including Dublin, Lisbon and Munich. After a three-month analysis, the clear feeling amongst the project team that Manchester was the place to prosper.

Clearly, this is a key point in UK history. But provided its leadership remains strong, and central government isn’t too distracted by the Brexit negotiations to ignore the devolution process now in motion, there’s no reason Manchester can’t continue its growth trajectory.