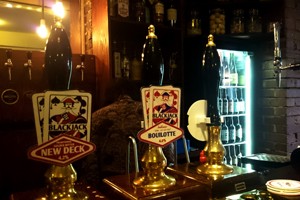 Not too long ago, beer in Manchester was dominated by traditional, long-established family breweries such as JW Lees and Robinson’s. They’re still going strong, and are responsible for some fine hostelries that have done much to build the city’s hospitable reputation.

But in recent years, there’s been a boom in the number of smaller breweries opening their doors in the city providing a huge range of beers to sample. It’s only right that the “Original, Modern” city has a thriving independent beer scene, that the ever-expanding range of restaurants and bars around town can tap into a range of beers made locally by independent-spirited Mancunians – what does it say about the city if it’s only got the same old international brands as every other place?

So here’s a look at four Manchester breweries you need to know about – and if you haven’t already, to try for yourself, and maybe take friends, colleagues and visitors to sample their wares. 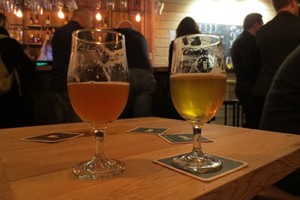 One of Manchester’s most prolific breweries, Blackjack have a huge range of beer to try covering a variety of styles including pale ales, porters, rye beers, red ales and imperial stouts. Operating since 2012, the best place to try Blackjack’s beers as it the brewery itself (Irk Street, M4 4JT). They host semi-regular brew tap events featuring food, drink and live music at their location in the Green Quarter – but you can always find a selection of their beers on draught at their own pub, The Smithfield Tavern on Swan Street.

With their instantly recognisable branding and some very popular beers, Cloudwater are easily one of the UK’s most well-known breweries at the moment – and even the Americans are starting to take notice. It’s all about seasonal beer and freshness with Cloudwater and what they do seems to have found favour among beer drinkers with two of their most recent releases, DIPA v6 and v7, being some of the most anticipated beer launches in recent months. Cloudwater’s beer is very widely available with places such as Port Street Beer House and Café Beermoth likely locations to find them. If you want to find out more, they host brewery tours every Saturday at their site just off Great Ancoats Street.

Marble Brewery have a pedigree going back all the way to 1997, before any of the current trends arose for craft beer. Originally brewing in the back of the Marble Arch pub on Rochdale Road, they’ve now moved down the road to a railway arch (just around the corner from Blackjack). With the recent arrival of a new head brewer, Marble are now experimenting more (although most of their traditional favourites are still made too) including a recent range inspired by the lyrics of metal bands. Try their beers at the Marble Arch – which boasts one of the finest interiors of any Manchester pub – or one of their other bars, 57 Thomas Street in the Northern Quarter or Marble Beerhouse in Chorlton.

One of the city’s more innovative breweries, Chorlton Brewing Co aim to create modern beer inspired by traditional Germanic brewing traditions. With a focus on sour beer, many of their brews are unique with complex flavours and are always worth a try. Everything they make is unfiltered, unpasteurised and unfined and all vegan-friendly. Their cans can be found across the city and further afield in beer shops, and they also very occasionally open their doors to the brewery – located near Piccadilly Station – to showcase their beer at its freshest.