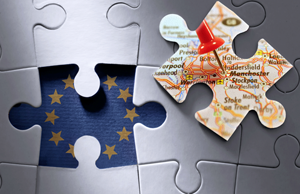 Following the referendum, we read the headlines and waited to see the impact on the Manchester real estate market.  Manchester has a history of resilience and it was only eight days prior to the referendum that Manchester took time to remember the 20-year anniversary of the IRA bomb. The speed that the city responded in this time of adversity is well documented and the close relationship that was forged between the private sector and public sector has remained an important part in shaping the success of the city.

It was not surprising the investment market slowed, but at OBI we particularly focused on what would happen to the occupier market. We believe it is the occupier market that underpins real estate as it is the key barometer of true market conditions. There were some occupiers who paused and considered their next steps but in most instances it was a momentary pause as we quickly saw Manchester carrying on with business as it had prior to the Brexit vote. The reasons these companies were seeking office space prior to Brexit remained equally valid – they still had lease events and/or required space to grow, and there is still a focus on improving and innovating their working environment to retain and attract the best talent.

Another reason Manchester is resilient is due to the diverse range of business sectors operating within Manchester city centre. There are locations such as the City of London where demand is predominantly driven by the financial services and insurance sectors. The take-up in Manchester city centre is not dominated by one sector – media and tech businesses are as active in acquiring space as the legal and financial service sectors and there are nine business sectors that make a significant contribution to Manchester’s annual office take-up.

As the occupational market is a key indicator of the overall real estate market, it’s important to review the half yearly take-up in Manchester city centre – this was 416,000 sq ft. True, this is down on 2015 but our outlook remains optimistic. OBI currently have over 100,000 sq ft of lettings under offer and these transactions, combined with the Swinton Insurance letting (165,000 sq ft) at 101 Embankment and Freshfields (80,000 sq ft) close to completing at One New Bailey will see take-up surpass 850,000 sq ft by Q3 of this year. Beyond the transactions close to legal commitment we have a pipeline of interest that will convert in Q4 and see Manchester once again be ahead of the 10-year average.

The confidence in the occupational market in Manchester city centre has meant refurbishments and developments have not been derailed. Developers have remained committed to their schemes – understandable, as there is only 190,000 sq ft of Grade A new build accommodation ready to be occupied as things stand. The level of new build Grade A space currently in the development pipeline is as follows:

The remaining pipeline (circa 400,000 sq ft) is way below Manchester’s 10-year average take-up and an imminent lack of supply of Grade A stock is inevitable.

Manchester will remain an attractive proposition in terms of real estate investment. On top of the strong occupier market, the city’s commitment to infrastructure projects such as Ordsall Chord and the Second City Crossing will continue to make the city more accessible and facilitate further growth of the working population. Key stakeholders post-Brexit will continue to build a strong local economy readdressing the North-South divide, all of which will provide further foundations for future growth. Manchester remains an international city with wide appeal and the continued activity in the occupational market confirms the cities position as the number one regional city outside of the captial.