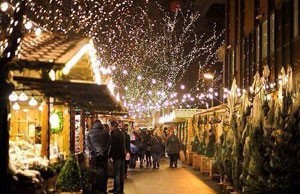 We’re now over a week into what’s become an annual ritual in Manchester – the Christmas markets. Such has been the success of the market that over the years it has sprawled out from the main action in Albert Square into Brazennose Street, King Street, St Ann’s Square, New Cathedral Street and Exchange Square.

Just as you think the novelty might soon wear off, more and more punters come from far and wide – it’s become as part of peoples’ winter rituals as much as shopping for presents, the office party and fretting over New Year’s Eve.

One of the main benefits of the markets was that a few years ago, its success seemed to encourage Manchester City Council to be bolder with its efforts to animate the streets of the city. People can’t get enough of markets. Albert Square always seems to have something on. Piccadilly Gardens attracts its share of criticism, some of it justified, but the weekly food market there is a genuine plus point.

Why are markets good for cities? For one thing, it means they can influence how people circulate the city and work with companies willing to host things that add to the story – this year, London Road will host a market and an ice rink, bringing more people into a great Manchester building that for years was closed off to the public.

Markets give people more reason to come into town, rather than doing all their shopp 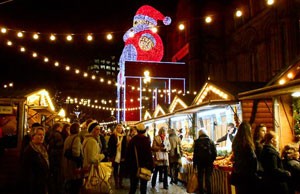 ing online – it’s no coincidence that shopping centres now put on events, demonstrations and are investing in improved food courts, with the aim of about animating the city environment.

Markets also provide opportunities for entrepreneurial food businesses, artists and other creatives: a flexible, affordable route to market. In the social media age, savvy operators can secure a devoted following and follow their dream.

Linked into this, a thriving market scene allows a city to look and feel a bit different from ‘Anytown UK’. Yes, it’s true that most cities are doing similar things but there’s a different flavour, often literally, to each place as specialisms from different communities come to the fore.

Ultimately, it makes life more interesting, and at the end of the day “interesting” is what cities want to be – although it’s more often expressed with marketing buzzwords such as “vibrant” and “buoyant”.

It’s not all upside. Overdoing it can potentially draw trade from restaurant and café operators who’ve invested long term in the city – they pay rent and business rates, they employ people. It’s 100% true that those people need to be looked after – margins are incredibly tight, and failure rates high. These risk-takers need support.

Ultimately, it’s about the right time and place. Piccadilly Gardens works because it brings interesting food options to a place not overly burdened with them. Similarly, the weekly street food market at Bristol’s Temple Quays doesn’t detract from anything close by. Places like Broadgate in London have become more interesting with constantly rotating street food pitches.

Fresh and interesting – that goes for the cities as much as it does the food. Long live the markets.