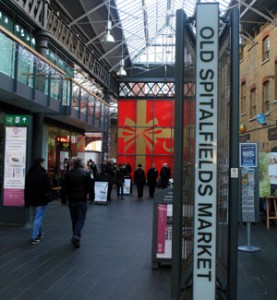 We’re a busy team here at OBI, and although there’s always plenty to keep us busy in Manchester, over the last couple of years we’ve been spending more and more time in London. This allows us to keep in touch with investor and developer clients and the national occupiers we represent, but we’ve also been pretty active in the London markets for clients we first worked with in Manchester.

One of our clients is 65twenty, the business behind digital publishing phenomenon The LAD Bible. We worked with 65twenty when they expanded their Manchester head office in Dale Street in the Northern Quarter, a place that suits their brand perfectly, exactly where young creative people want to be.

In London, we were tasked with finding the right space for the company, something that would be similarly accessible, cool and give them access to everything they need. Jacks Place, in Corbet Place, just off Commercial Street in Shoreditch, was the answer.

Shoreditch, along with the Tech City digital cluster around the nearby Old Street roundabout, has been one of London’s big success stories of recent years, being transformed from a fairly rundown area into a high-paced innovation district. Once the digital infrastructure that modern businesses require was installed here, the affordable rents and proximity to key transport nodes made it the place to be. To a young entrepreneurial business, the atmosphere is inspiring. Jacks Place sits exactly halfway between two important roads that are equally important in giving the area its flavour: Bishopsgate and Brick Lane.

Bishopsgate marks the eastern boundary of the City of London, with all its instantly recognisable landmarks towering above the streets. Walking from Liverpool Street station, you pass co-working pioneer We Work at the junction of Primrose Street and Bishopsgate, a hint of things becoming less “corporate” with every step.

On the eastern side of Jacks Place, it’s a different world. A stroll along Hanbury Street and you’re in the thick of things at Brick Lane. Incredibly busy, great food, ethnically diverse – it’s all these things. Close by, there’s Shoreditch High Street and loads of new restaurants and renovated pubs. What you get here in places like Boxpark (which is all made from shipping containers) and the excellent Spitalfields market is cool international brands doing interesting things.

Also here is the old Truman brewery, which is as well used for corporate events as it is for record stores and pop-up markets. In Manchester, the best comparison is the way the Old Granada Studios complex has been used. The Boddingtons Brewery site might do well to take some hints too.

London moves so fast that developers are already moving on, with parts of south London already being talked up as “the new Shoreditch”. But this area still has huge appeal for maturing entrepreneurs. The Gherkin and the rest aren’t there just to be looked at: what they mean is access to the world’s biggest financial market on your doorstep – there’s a whole stack of funding, advice and opportunity on hand.

That’s also the thinking behind the Vault at the new XYZ Building in Spinningfields – a meeting point for tech innovators and the area’s professional services. It’s a step forward for Manchester, and we’re looking forward to it as much as we are our future trips to London.